Send us a message!

" We are hair loss sufferers, here to help others who suffer from hair loss "

Are You Losing Your Hair?

Are You Losing Your Hair?

Whether you have thinning hair or suspect you may be balding, understanding the most common conditions and causes can help.

Thinning hair and balding affect both men and women, and the loss of hair can occur for a variety of reasons. From age alone, virtually everyone will notice some hair loss or thinning hair. About 70 percent of all men experience some degree of male pattern baldness, while almost 30 percent of women have female pattern baldness. Step one is learning what’s at the root of the problem … literally.

There are various types of loss of hair caused by various conditions:

Female pattern baldness. This is the most commonly seen type of hair loss among women, which is a general and overall thinning. In most cases, thinning hair in women does not result in a receded hairline or complete baldness. Rather, most women who experience a loss of hair find their hair thinning more or less uniformly all over the scalp. As many as 21 million American women are affected by female pattern baldness.

Male pattern baldness. Also called common baldness or permanent pattern baldness, this is generally regarded as being due to genetics — as a man ages, he is likely to experience balding if his father did.

Telogen effluvium. This temporary condition, most often seen in women, involves the loss of hair two or three months after a significant event — anything from the hormonal imbalance that follows pregnancy to being on a low-protein crash diet to a very stressful event like surgery. This type of loss typically occurs all over the head and is usually described as a period of shedding; it’s likely to slow down and eventually stop within six to eight months of the event that caused it.

Alopecia areata. This is an autoimmune disorder affecting about 2 percent of the general population. It is usually diagnosed when one or more small patches on the scalp become completely bald; it can also affect the eyebrows and eyelashes. While there is no known cure and the cause is unknown, the condition often reverses itself; however, it can also recur.

Many people experience some hair loss due to age, hormone changes, and genetics. However, a loss of hair can be caused by other factors, including:

Certain medications, including some antidepressants, blood thinners (anticoagulants), and chemotherapy treatments for cancer

Fungal infection, such as ringworm of the scalp

Significant stress on the body from a surgery or serious illness

Hormone imbalances or disruptions including pregnancy and childbirth (temporary) or menopause

10 Surprising Things That Cause Hair Loss

When to See a Medical Professional

You should talk to a doctor about hair loss when:

Your hair loss is occurring in an unusual pattern.

It is accompanied by itching; this may indicate an infection that can, and should, be treated.

You believe loss of hair is not related to genetic predisposition or another explanation (such as temporary hormonal changes) because, in some cases, hair loss can be an early symptom of a disease such as diabetes or lupus 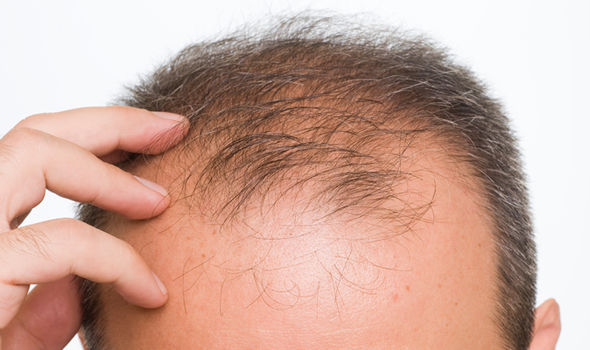